Mystery - The World Is A Game 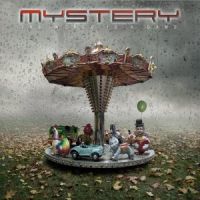 So Mystery are back with a new album, and pretty much a new line-up to boot. Michel St-Père of course is still here on guitars and keyboards, while Benoit David seems suitably rested after his sojourn with Yes. Joining them this time is the extremely talented Antoine Fafard (Spaced Out) on bass and additional acoustic guitars and drummer Nick D’Virgilio (Spock’s Beard, Tears for Fear, Genesis, Big Big Train).

I have been eagerly awaiting this album, as I was intrigued to see what these guys would pull off and I wasn’t disappointed. This is a soaring prog album that allows everyone to play their part without ever losing focus on the music. While Nick can be providing a bombastic backdrop, driving the music on with quick and complex fills, he is also absent from proceedings altogether in other areas, allowing space to play its’ part. It is an incredibly complex album, with multi-layerings of music and vocals in places, whereas in others it is just Benoit and Michel, just vocal and acoustic guitar. Antoine’s fretless bass also provides a real warmth to the overall sound, while his ability to play just behind the beat or to drive it on, or indeed take the lead melodic role is a huge bonus.

Michel has brought together a band that I sincerely hope will be around for a few years as if this is what they do when they play for the first time, what on earth are they going to produce in the future? Soaring symphonic prog, with plenty of guitar, complex melodies and great vocals, this should be in everybody’s collection.