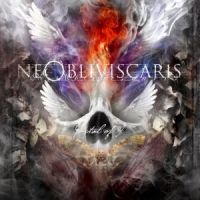 Although I am just over the ditch as it were, I must confess to not knowing a great deal about Australian bands (apart from the more well known ones such as The Angels, Cold Chisel etc). But, one of my favourite prog albums of all-time hails from there (Aragon’s ‘Don’t Bring The Rain’) so when I saw this described as “Intense Progressive Extreme Metal like you never heard before” I was intrigued. I then noticed that it had been mixed and mastered by Jens Bogren (Opeth, Ihsahn, Katatonia, Devin Townsend), which also got me interested. I mean, why would someone of this stature be involved with an unknown band from Australia? What is going on?

It didn’t take long to find out the answer – all I had to do was put it on the player. This is an incredibly intense album, and in many ways indescribable (which isn’t exactly helpful to anyone who hasn’t heard it). It is clear that these guys are operating at an incredibly high musical level with a line-up that includes violin, two guitars, bass, drums (which is intense – I mean, they can all play but the speed of these double bass drum hits are stunning), clean and extreme vocals. Their influences are at times classical and progressive while at others they go through the extreme genres of black, thrash and death metal while also not being afraid to be extremely melodic at some times and insanely over the top at others, and of course you can also add jazz and acoustic noodlings to the mix as well.

But what makes this work so incredibly well is that it doesn’t feel like a hotchpotch when one is listening to it, it just makes total musical sense. There is a clarity and single purpose of vision that is outstanding, and I won’t be surprised to see this make ‘album of the year’ in many quarters – not bad for such a complicated and complex musical offering. All power to Aural Music for digging these guys out and giving them the opportunity to impress on a larger stage. Of course, now I know about them I’ll have to see if they’re heading this way for some gigs – you never know.