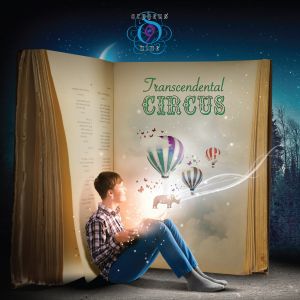 One thing about being around the scene for one or two years is that every so often I get tracked down by people who think I may possibly be interested in hearing their latest album. Sometimes it can lead to real gems, others not so much, but I always respond in the same way, which is to let me hear it and I will give them my opinion. I get offered a lot of music from multiple sources, but if someone has made the effort to seek me out then I will always do the best I can in giving them a fair hearing. That is the case here, when keyboard player and lead singer Jason Kresge asked me if I would like to hear the 2017 album from his band Orpheus Nine, and boy I am glad I did.

The band itself started as a solo project until 2005 when he met up with drummer Daniel Nydick, and they started working on developing their style of progressive rock. By 2011, the group was now a quartet with bassist Tony Renda and guitarist Matt Ullestad, before Daniel left in 2012 to be replaced by Mark DeGregory. This is the line-up which recorded this album, and I can only hope that it isn’t going to take too long before we hear the next one, as this is a delight from start to end. I have spent many hours trying to think of the best way to describe this, and the best I can come up with Saga meeting Kansas who then attempt to bring in elements of Spock’s Beard. I do also need to make progheads aware that there are times the guys inject humour into their performance, deliberately so. I know this sort of behaviour shouldn’t be tolerated in progressive rock, as musicians are expected to be bunched over their instruments and not making eye contact, let along enjoying themselves as much as Orpheus Nine obviously are.

This doesn’t sound like a debut, as it is performed with panache and confidence. It is often based around the keyboards, with Jason moving between piano and multiple synths with ease, yet Matt is a strong guitarist who understands when the time is right for acoustic, or gentle picking, or straight forward riffing. This is a progressive rock band who know how to combine complex musical and melodic lines into songs which are immediately accessible, moving from ballads to out and out rockers with harmony vocals that are bang on. Tony can often be found playing a third melodic line behind Jason and Matt, leaving it to Mark to keep everyone on track, also adding flourishes and nuances when he needs to. Jason is at times reminiscent of Michael Sadler, with great control and range, and his voice combines with the music to make an album which is enjoyable the very first time it is played.

Symphonic American-styled progressive rock rarely sounds as good as this, especially on a debut. Let’s hope the next one isn’t far away.