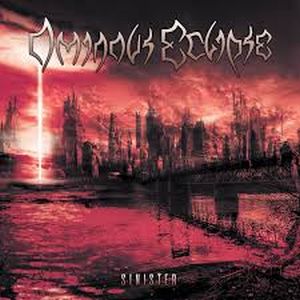 I was undertaking some research on this band, and I discovered one reviewer who said that this Ottawa-based band are flying the flag for the New Wave of Canadian Death Metal. My initial reaction was to scoff at such an unusual term, then I realised that although I may not necessarily agree with the comment about being a flagbearer, this actually does sound as if a technical death metal band have been heavily influenced by the NWOBHM movement. This is a self-release, and it shows in every aspect from the minimal four-page booklet, the photos taken in a forest (where else), the production and performance, but there is actually a naïve quality here which made mem keep coming back for more.

This is not music which will ever stand up to the leaders of the death metal scene, there are two many missed notes and muddled riffs for that, but what we have here is an honest attempt to capture their sound. Much of this sounds as if it was recorded live in the studio, or at the very least it was recorded quickly with little opportunity to go back and fix mistakes, and it reminds me a lot of the scene in 79/80 when every band with hair and guitars was rushing in and out of studios trying to show that whatever the punk scene could do they could take it to another level. Some of those bands are ow among the biggest in the world, others will always be remembered for one special song, while others were great to see at a gig but the only ones who enjoyed the recordings were those who caught them live. That is the case with this, as I am sure they kick up a storm when they are on stage, but on record there are just too many issues for them to be indispensable. But for some strange reason which I can’t explain, I like it far more than it really deserves. It would certainly be interesting to see what happens if they ever get a label behind them. Naïve indie technical death metal, who ever thought it could be such a thing?