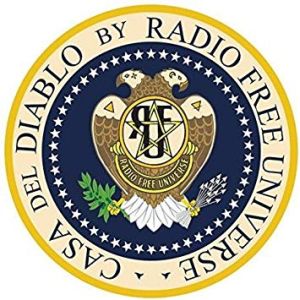 It has been a little while since I came across an album so unashamedly rooted in the blues-based classic rock scene of the Seventies, which has also brought in more than a hint of grunge and stadium rock. I think the last time I came across something quite like this was with the debut album from The Darkness, which contains the same sense of self-belief and a desire to conquer the world. I’ve only just come across this album, which apparently was released in 2017, but looking at the Canadians website it is now possible to pre-order the next album, ‘Love’, so I am guessing that will soon be available. Keyboards are used sparingly, and this is a rock band who are going back in time and again making classic rock for the current age.

They do remind me at times of the world’s most hated band, Nickelback, but is that really such a bad thing? (Check out their live version of “Never Again” at Sturgis and see just why these guys have sold so many records). There are some pop elements here and there, and the keyboard sounds are often that of a Hammond, just providing a touch of class over the crunching guitars. There isn’t anything dramatically new about what they are doing, just straight down the middle classic hard rock designed to make people smile and maybe move a little. Definitely designed for arena as opposed to sweaty back rooms, even the use of a slide guitar on “Six” just makes one think these guys are the real deal as opposed to someone playing at it. The album is loads of fun, and while it may never be as fashionable as any of the many more hard-hitting sub genres, it is definitely worth digging out.