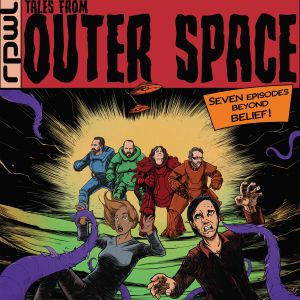 Sometimes years can seem to just fly by, and I can’t remember the last time I heard a new album by RPWL, but I clearly remember reviewing all their early works going back to the debut ‘God Has Failed’ back in 2000. Actually, I can trace back a little further than that as RPWL were formed out of Violet District and I reviewed their album back in 1996! RPWL were always seen as one of the more Floyd-like bands of the progressive scene, and in many ways that hasn’t changed as they are still a main influence, but it took me ages to work out who else the band were reminding me of. I thought I was going to go insane until finally I realised that some of the way the keyboards were being played were nothing else than eighties Manfred Mann’s Earth Band! I’m not sure I have ever referenced MMEB in the many thousands of prog reviews I have written over the last 30 years, but there you go.

As with the other albums I remember, RPWL have a knack for bringing together classic Floyd in a way which is instantly accessible and enjoyable. This is music which is incredibly easy to listen to without ever becoming easy listening. Yogi Lang has a wonderful voice which is reminiscent of Gilmour, Lake and Wetton, with plenty of gravitas and emotion. Kalle Wallner’s guitars always seem to be at exactly the right place in the nix, either providing strident guitars or melodies, while at others he is linked in perfectly to allow Yogi to take the lead role either with his keyboards or vocals. There is a great deal of space contained within the arrangements, so there are passages where there are no drums, with the bass just providing gentle contra melodies.

It has been some years since I came across RPWL, and it is obvious that has been very much a musical oversight on my part as this is a delicious progressive rock album, that can happily be put on repeat and allowed to stay that way all day. There is just enough edge to get rid of the saccharine and is an album I have enjoyed playing immensely.