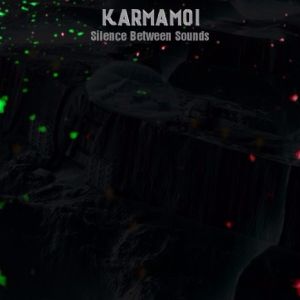 This is the third album from Italian-UK band Karamoi, and after suffering some line-up changes the remaining trio of Daniele Giovannoni (drums, recording engineer and producer), Alessandro Cefalì (bass guitar) and Alex Massari (guitar) decided not to bring in new permanent members of the band, but instead have relied on session musicians and for vocals feature guest singers Sara Rinaldi, Irene Morelli, Hellena and former band singer Serena Ciacci. Heavily influenced by Porcupine Tree in particular, I found the use of multiple singers not working as well as it could have, just because they are all so different. Sara Rinaldi is definitely reminiscent of Amy Winehouse, and that just doesn’t work with the style of music the band are playing. Comparing her efforts (and needless to say she is the main singer) with Hellena’s sultry tones on the dreamy and atmospheric “Atma” shows just how special this album could have been, whereas in reality it has become a very hit and miss affair.

While not dismissing it out of hand, there is much more in the progressive scene that I would rather be listening to.