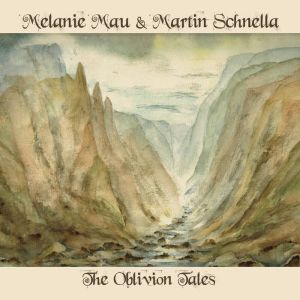 My name is Kevin, and I am a music addict. OK, so nothing new there I guess, but anyone who has been following my scribblings over the last twenty-five years or will realise that I have incredibly diverse tastes. I can be listening to pre-war blues, or avant-garde jazz, or the most extreme metal that can be imagined, prog rock, AOR (the list goes on for a while) and sometimes will shuffle it all up together. I also prefer to get out to gigs when I can, and am still annoyed that I had to miss the last show by Napalm Death when they were over, although I did catch them the time before (supported by Carcass – awesome!), while most recent gig was Midnight Oil (my next will be Sepultura) but what to me is the purest form of music? In my opinion, it is what has been created with the least amount of audible trickery, which means that it is acoustic with vocals, which generally means acoustic blues, folk, singer-songwriter etc.

To say that this album ticks all the boxes on every level, is something of an understatement. Martin can often be found providing electric guitar in Flaming Row and Seven Steps To The Green Door, but here he and Melanie have created something that is far more reflective, delicate and beautiful. They live in the Harz mountains with its mystical tales from long forgotten times, which inspired them to write some songs, and then they gathered some friends and guests to help them bring it all fruition. A quick glance at the guests and I spotted Dave Meros and Jimmy Keegan, so to get guys from the mighty Spock’s Beard involved shows just how much others think of this as well.

Musically this is folk with some progressive tendencies, and at times sounds quite Celtic as well. Melanie’s clear vocals and Martin’s guitars/mandolin form the basis, although Martin can also be found providing both lead and harmony vocals as well. There is quite a bit of percussion involved here and there, while woodwind and strings all have their place as well. This is sheer beauty from start to finish, moving through renaissance style pieces to modern folk, but always with superb control and incredible arrangements. Back when we lived in the UK, I used to travel to various folk clubs to experience real music in the raw, and last year I travelled to the other side of the world just to experience the Cropredy Festival once more. That was one of the most amazing musical experiences of my life, but I know that if Melanie and Martin had been there then it would have been even richer.

Released independently, Martin has asked that I pass on his email address to anyone who is interested in purchasing what is for me one of the most glorious albums one could wish to hear. Released as a digipak with a great booklet, lyrics and photos this is pure delight from beginning to end. Contact Martin on Ten adres pocztowy jest chroniony przed spamowaniem. Aby go zobaczyć, konieczne jest włączenie w przeglądarce obsługi JavaScript.