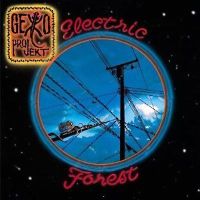 This is a real hotchpotch of a debut album, and I love it. They ought to release “Black Hole” as a single as it is incredibly infectious and I defy anyone playing this in the car not to be singing along to the chorus by the time it comes around for the second time. Now, singles is not something that one would normally think of with a prog band but one of the joys of this album is that if you don’t like the style of the song you are listening to then don’t worry as there will be another one along in a minute. There are elements of the instrumental ‘Cognitive Dissonance’ that wouldn’t sound out of place on a Weather Report album while Peter Matuchniak’s guitar cuts through like Howe or Hackett but with more force.

This is mostly an instrumental album, and keyboard player Vance Gloster is credited as solo composer on most songs (and a co-write on two others) so it is not surprising that at times it can feel that the keyboards are taking over but there never last for long. Alan Smith has a great understanding of the way that drums can add to a song and at times he is very sparing while at others he is dominating and bassist Rick Meadows isn’t exactly a slouch either. There is a lot going on here, and musically it is all over the place with leaps in and out of fusion, jazz and many other styles – but just think of it as a band pushing the barriers and just get into the groove. And don’t forget to singalong to “Black Hole”.