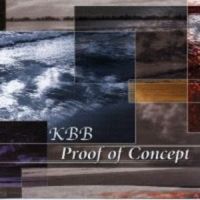 KBB are undoubtedly my favourite Japanese band, and not just because of the mastery of violinist Akihisa Tsuboywho leads the group, but the way that the quartet (Toshimitsu Takahashi (keyboards), Dani(bass) and Shirou Sugano (drums) are able to move seamlessly through different styles and seem at home in all of them. When I first came across Akihisa’s album with Natsuki Kido (‘Era’) I was blown away as he reminded me so much of RicSanders, and that is the same here. He had a wonderfully fluid sound, and is able to bring a deft touch, knowing exactly what needs to be produced to get the best out of the song. I was more than a little confused when “Rice Planting Song” came on, as that is gypsy folk at its’ best and this is much more fiddle-playing than violin, but there are others when awe are treated to progressive jazz rock at it’s finest. Opening number “Inner Flames” commences with some drums fills before becoming something quite down and dirty, reminiscent of Colosseum II (violin instead of electric guitar) and some great Hammond organ sounds.

The major downside for me is that this album was released in 2007, and it doesn’t appear that they have done anything since so I am not sure if they are still active or not. But given that it isn’t unusual for them to have long breaks let’s hope that there are still albums to come.