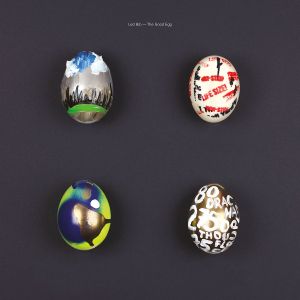 Drummer Mark Holub founded Led Bib in 2003 for his MA project at Middlesex University in North London, and the band made its auspicious debut on Feb. 24, 2004 (which happens to be Holub’s birthday). Various players cycled through the band that first year, but by December the quintet’s current line-up had solidified. Joining the Holub is bassist Liran Donin, keyboardist/pianist Toby McLaren and the potent alto sax tandem of Pete Grogran and Chris Williams. The unique instrumentation “makes us think differently about how the music’s structured,” Holub says. “You don’t want to have two alto solos on every tune. We’re more about group improvising, and developing tunes with sections that may or may not open up.”

Musically, Led Bib sound quite unlike any other jazz band I have ever come across, with the rhythm section concentrating on one musical area, the twin sax something quite different, and Toby trying to keep it all together. His role is quite different to the normal keyboard player, as it feels that he more of the gel that keeps everything in place while the mayhem goes on around him, although he also joins in as well. This four-track thirty-three-minute-long album captures the band in their home environment, namely live in front of an audience where they can experiment and build from each other. Exciting and vibrant this 2014 album certainly won’t be to everyone’s tastes, but if you enjoy your jazz to be improvisational, avant-garde and progressing, then this could well be for you.