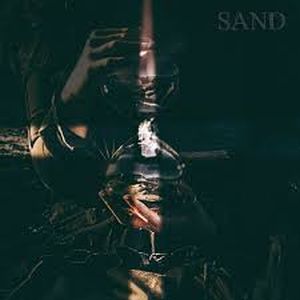 Over the last few years I have been lucky enough to be working quite closely with the wonderful TeMatera Smith. Not only is he a guitarist and songwriter (check out The Symphony Of Screams), he is also an engineer, producer, runs his own studio and of course has his own record label, AllGood Absolute Alternative Records, known to everyone as Triple A. On top of that, his musical tastes are as broad as mine and he is determined that he is going to do everything he can to ensure that kiwi bands get every opportunity to shine. The biggest success of the label so far has been with Mice On Stilts, whose debut release is still rated the 31st best progressive release in the world for 2013 according to ProgArchives, and have the #2 and #4 top rated NZ releases of all time on the same site.

So, why am I spending so much time writing about Triple A and other bands? Because I firmly believe that Miss Peach and the Travellin’ Bones are going to be the biggest thing ever to come out of the label. I was sent some very early mixes of the album to listen to, and was incredibly impressed with the depth and emotion contained within her vocals, combined with the warmth yet bleakness of the accompaniment. This is haunting music, with a drummer who knows that the best way to have his presence felt is not to play at all at times. Miss Peach provides vocals, guitar, piano, spoons and tin piano, and she is joined by Spurs on double bass and vocals, Pascal Roggen on violin and cello (Pascal was a guest, and Pearl has since joined the band), with Glorit on drums and vocals. The very first time I played the raw mixes the name that came into my head was Dr. John, although in reality, this is nothing like that. She describes her music as Folk, Gypsy, Indie, Blues with a twist of country. There are elements of all that to be sure, but this is an album where the sum of the parts is far greater than the whole. She a vocal style that is fresh but old, yearning yet melancholic, bright yet with a real darkness. It is the voice of someone who has been travelling the harsh hinterlands with just a horse and guitar for company, camping out under the night sky with a fire and whiskey for company. Every time I hear this album I am transported to a place I have never been, a time when I wasn’t born, to a country I have never lived in.

When I came to write the press release, I asked for some background information and this is the response I received. “I fled a life of comfort and familiarity and thrust myself into a new harsh world. A world I was alone in, and had no one to trust except my own hearts beat, and the sun’s promise of dawn...and on the long dark nights, as the devil knocked upon my door, my music spoke the truth of my heart. It spoke of the earthquakes I left behind and the sung of the woman I was yet to come. I came to realise that this collection of music was beginning to become a prophecy of events yet to exist... This frightened me, yet it also compelled me to go in search of answers. So, I asked the stars and the cards to direct me to company where I could share this music, and to places I could tell my dark tales of love, destruction and rebirth. I asked the stars and the cards to lead me to souls that could immerse themselves in my own compositions, and I was led into the SAND of Bardo: The place where people would bring out their dead. Some call it limbo, others the realm of rebirth, yet I saw it with my own eyes. A land fertile from the ash, smoke and sea spray of spirits long gone. But three souls remained, bound to each other, their life suffering and final breaths entwined. And I was drawn under the full desert moon, to resurrect their souls and entice them to become…

Everyone has their part to play, and Spurs’ plucked double bass provides a wonderfully warm background, while Pascal’s violin has a sound that can break hearts – it is just so full of angst and emotion, starkness and horror. I can’t express just how much this album calls to me – the is one that I always listen to with my heart, much more than I do my ears. Time ceases to exist when I play this, and my world is contained in her voice, and the images the words and music of this amazing band conjure up.

It may only be January, but I find it hard to imagine that there is going to be a more important release coming out of New Zealand in 2017.