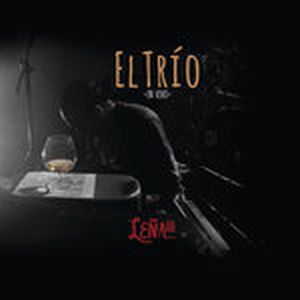 This is the band's first live album, and it was originally self-released by the band as a DVD in September 2014, and has now been released as a digital album by Progshine. Away from the studio, with no additional musicians, here we find El Trio acting far more in the style associated with bands such as Cream. The guitar is right at the front of the mix, Jonatan’s vocals are packed with emotion, while Johandy and Kilvin Peñakeep it all locked down. What is interesting for me is that Kilvin is still playing a fretless bass in the live environment, but what he lacks in attack he more than makes up for in emotion.

This is obviously where El Trio really come to life, far more than in the studio, and this music has a far rougher edge with less of the Caribbean and South American influences and far more straight ahead hard rock with jazz and blues elements combined with psychedelia. They somehow manage to channel Blue Cheer during this performance, it is that fuzzed, distorted and aggressive. Recorded in Santiago, it would be good for the band to be able to break out of their geographical territory as music as strong and vibrant as this deserves to be heard everywhere. I may have no idea what they are singing about, but I do know that I enjoyed this immensely and I know that many others would as well if they heard it. Hopefully these reissues from Progshine will find the band gaining interest from new territories, and it will be interesting to hear where they go to from here.