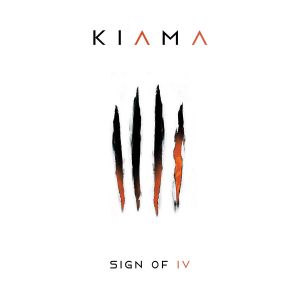 It is always interesting to see what a “surpergroup” will produce, and that term is probably one that can be used for Kiama, who comprise featuring Rob Reed (Magenta/Kompendium), Andy Edwards (Frost*/Robert Plant/IQ), Luke Machin (Maschine/The Tangent) and Dylan Thompson (Shadow of The Sun/The Reasoning). I first came across Rob well over twenty years ago when he was producing albums as a multi-instrumentalist under the name Cyan, and when we first met he was working with Welsh proggers Ezra. Since then he has been involved in multiple solo and group efforts, but it is probably for Magenta that he is best-known. Mind you, if Kiama keep producing music of this quality, then this could well be the band that most people think of when they hear his name.

Given that all four musicians have made their name with prog bands, most people would think of this as an overtly progressive record, but for me this is probably more about classic rock with strong progressive tendencies: if ever an album belonged in the Seventies then this is it. The guys have obviously gone off and let the music take them where it wanted to go, as opposed to having any strict ideas in play, as each song is quite different from the next. We can go from out and out Floyd to shredding guitar and riffs, with incredible solos, but it all seems logical, as the band have managed to bring together all these influences and make something that is quite their own.

These days many groups find a style and stick with it, but here we have a band that is almost out to prove the opposite. That they are all masters of what they are doing, that there is stacks of space within the musical layers and that it is accessible from the very first listen but growing all the time, is a given. What we have here is an album that people will probably investigate because they are intrigued to see what these guys have managed to produce as an entity, but they will soon forget that and just keep playing this because it is so damned good.