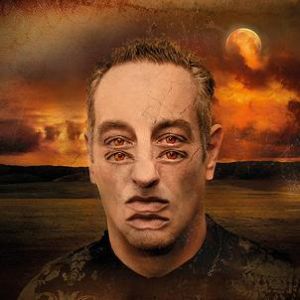 Arena, a band that in many ways was brought together by a running joke in an underground fanzine, which led directly to Mick Pointer realising that there was quite a vibrant prog scene. In turn he was introduced to Clive Nolan, and the rest as they say, is history. The debut ‘Songs From The Lion’s Cage’ was released in 1995, and the jokes soon started about never being at far left or far right on a band photo as you would be the next to leave, but the guys have been stable now for quite some times, with the same line-up since 2011’s ‘The Seventh Degree of Separation’. That was the last album I heard, as for some reason I missed 2015’s ‘The Unquiet Sky’, although I have been listening to quite a lot of Clive’s other works, as well as releases featuring guitarist John Mitchell (the line-up being completed by singer Paul Manzi and bassist Kylan Amos).

Having played Clive’s ‘Alchemy’ so much that it is almost worn out (according to LastFM it is my second most played album since I joined that site in 2007, behind only Camel’s ‘The Snow Goose), plus having known him for more than quarter of a century (I feel old) and having most of his projects, I was really looking forward to this album, and I wasn’t disappointed. While Arena are first and foremost a progressive rock band, what I found fascinating with this album is the amount of theatricality within it. Paul Manzi surely has one of the most expressive and emotive voices around, and his relationship with Clive is long-standing in this and other projects, and they have an innate understanding of what is needed to take a song to the next level. There are times when I am clearly reminded of his performance on the aforementioned ‘Alchemy’, such is the power of his storytelling.

But, this is very much a band album, although it obviously has been heavily influenced by Clive who wrote or co-wrote every songs and provided all the lyrics, but Mick is playing better than ever, Kylan has a great sliding style that really suits the music. Then on top of it all there is the incomparable John Mitchell. He may not have been the original guitarist (who was Keith More, ex-Asia, for the first two albums) but he has been there for twenty years now, during which time he has built a considerable reputation as one of the finest guitarists in the scene, and I don’t think anyone was really surprised when he joined It Bites. He knows when to riff and drive the music along, when to provide solos, when to use restraint and when to just let the music rock.

Here we are in 2018 and both Galahad and Arena have this year released possibly the finest albums of their careers, only time will fully be able to judge that, showing that although they were in the underground scene in the Nineties, playing all the dives that entailed due to no publicity (or internet!), they are ready and able to reap the rewards of keeping going when others have given up. This is a stunning album, one that all progheads need to discover at once if not sooner. I loved it the very first time I played it, and it has only got better the more I listen to it.