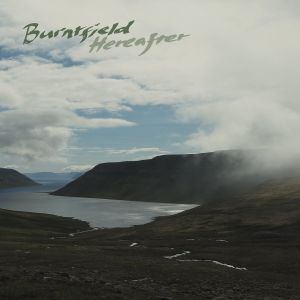 Burntfield are quite a multi-national quartet, originally formed in 2012 by guitarist-singer Juho Myllylä in Helsinki, there have been the obligatory line-up changes and the band are now based in Holland, and are signed to Irish label Progressive Gears. Following on from a few EP’s, this is the debut album from the band, and very interesting it is too. Although they feature two guitars, bass and drums, guest Arttu Vauhkonen has an incredibly important role on keyboards and it is something of a surprise that they don’t have a full-time keyboard player. Indeed, the album starts with an instrumental which is delicate piano combined with a string quartet, which provides a wonderfully atmospheric and emotional start to the album.

So when they kick off with a bang, as they do with the first real song, “Sub-Zero” it is something of a surprise. Here is a band that really do deserve the “crossover prog” description as they mix great vocals, with plenty of harmonies, with strong melodic rock hooks, yet never really taking off as one might expect with two sets of six-strings. This is contemporary and modern, with more than a hint of the gentler side of Anathema and Steve Wilson, and I can imagine no-man being involved with some of this. The photograph shows a moody landscape, and that definitely carries through to the music. They can be a little more forceful when they need to, but for the most part they keep it slow and steady, although there are some very interesting basslines behind the melody. There are times when it feels repetitive, but I have also found myself singing along to various choruses which isn’t what I would normally expect from playing a band like this. There are times when it does seem a little too one-dimensional for my tastes, but no-one can deny that this is a very professional and interesting debut effort.