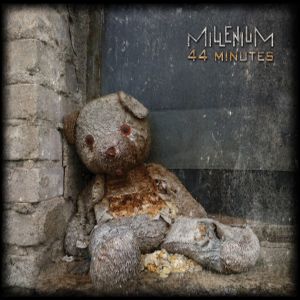 Polish group Millenium are back with their twelfth studio album, and I think I’ve been fortunate enough to have reviewed eleven of them, with just the 1999 debut missing. At the time of their last release, 2014’s ‘In Search Of The Perfect Melody’, they were moving from drummer Tomasz Paśko to Grzegorz Bauer, who is now a full-time member of the band. Also, saxophonist Dariusz Rybka who appeared as a guest on that album is also now a full member as the band have become a six-piece. They should actually have gone the whole hog and added one more as guest singer Karolina Leszko again had a major role to play, even taking some lead vocals as well as duetting with Łukasz "Gall" Gałęziowski. Łukasz has of course been there since the very beginning, as has band leader Ryszard Kramarski who provides keyboards and acoustic guitar. The line-up is completed with Piotr Płonka (guitars) and Krzysztof Wyrwa (bass, Warr guitar).

It perhaps isn’t surprising that a band which has been around as long as these guys, and has released so many albums, is packed full of confidence which really comes through in their music. They have long been one of my favourite Polish bands, and with this album they have turned up the quality just that little bit more. Łukasz has always been a great singer, while Ryszard knows what to write to get the best out of everyone, but here there has been quite a dramatic shift. Karolina has a wonderful voice, providing great harmonies or additional leads, while Dariusz definitely adds to the melodic sound of the band with some great sax. However, it isn’t there all the time, but brought in at the right times, which means that it is always delivered with real impact.

There is quite a Floydian feel to some of this, and there is also a real affinity with Damanek. To my ears this is the highlight of their career to date, an album which is packed full of quality and wonderful music. Simply superb.