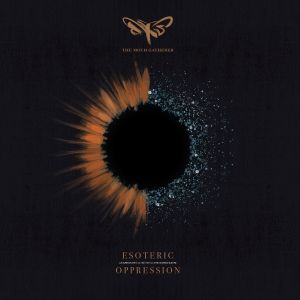 The Moth Gatherer are back with their third full-length album, again centered around atmospheric doom, sludge and post metal. Formed in 2008 by Victor Wegeborn and Alex Stjernfeldt, as a form of therapy to help them deal with loss, the band name is an allegory for finding hope; similar to moths who are always searching for the light. The band has changed over the years, growing in size although musically always staying close to their roots, but there has been quite a dramatic shift this time as although Alex provided the lyrics, he has now left the band with Victor now providing vocals, guitar and electronics. He is joined by Ronny Westphal (guitars), Svante Karlsson (drums) and Dan Hemgren (bass).

The band play incredibly slowly, but the post metal atmospheric sound mean they never seem to be struggling in a morass, rather the atmosphere is so pervasive on everything they do that it just isn’t possible to play any more quickly. They are less like searching for moths in the night than an army walking over a moor shrouded in fog. It is incredibly evocative music, which is heavy but also dreamlike, as the band toy with Burzum-style black metal without ever really embracing it as they move in a different direction. This is music to get lost inside, and when they move away from the intensity into something lighter it is as if a sunbeam has pierced the all-enveloping mist, but soon it is back again. This is music which feels ancient, as if it is linked to the bones of the earth, with vocals full of passion and pain. This is incredibly deep music, far more than just another metal album, and expects the listener to pay close attention. Highly recommended to be played on headphones, it just doesn’t seem to work any other way. Impressive stuff indeed, but not for the fainthearted.