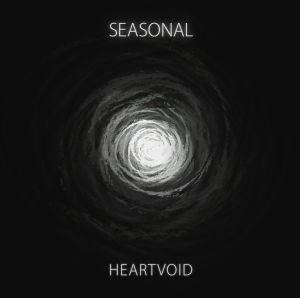 Originally released in 2017, ‘Heartvoid’ was released on CD by Lynx Music in 2018 and is the next from guitarist Maciej Sochoń. There are far more lyrics on this album, all performed by Sochoń, and musically we have now moved very definitely into the world of Floyd. The drums are now an integral part of the sound, as the arrangements have become far closer together and far less minimalist than before. The guitars and vocals are at the front, and although the result is something which is far stronger than the previous release this still manages to capture some of the thoughtful and dreamier elements of the previous one. If ever an album needs to be played in the evening on headphones then it is this one, as in the light of day and speakers it just doesn’t have the same effect. It also relies careful listening to as otherwise it is possible for it to fall into the background which would be a shame as there are some good elements on this release.

However, it is fairly repetitive with phrases being returned to multiple times and it can get a little wearing. What I discovered is that my reaction to this album really does depend on the mood I am in as at times I have struggled with it for some reason, while at others I have found it a delight, and as I write this I know I have enjoyed playing it far more than I am at present, which seems somewhat unusual for me. There are some very good elements contained within this, but the jury is out on whether this or ‘Loneliness Manual’ is the better album.