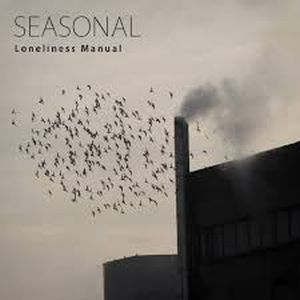 This 2015 album is a solo project by guitarist Maciej Sochoń, whose stated aim is to make melodic, sentimental songs without (or instrumentally used) vocals, and providing plenty of space for the listener to come up with their own interpretation. Guitars and mandolins are the main instruments, with multiple layers created so that although there are keyboards they are often buried under the rest. Drums sound real, but the music would probably have benefited from them being excluded altogether as they don’t add anything and, in many ways, detract from what is an interesting piece of work. Imagine ‘Animals’ era Floyd being played virtually totally on guitar without even bass, with an intention to be minimalist yet emotional and one may get an idea of what this is about.

It is music which immediately allows the listener to relax into a different world and is something I found incredibly restful and enjoyable without ever really being sure why. In some ways it reminds me of Roger Eno, and when it becomes more upbeat (as on “Deserted Bus Stop”) it actually feels wrong and rushed as this is music best understood when it is languid and gently meandering along. The final song on the album, “To Chase A Dream” is a repeat of an earlier song, this time with vocals from Piotr Trypus, which I found quite intrusive and wish the album had stayed fully instrumental but is worth hearing all the same.