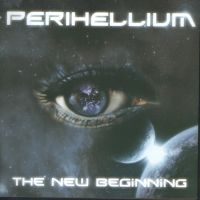 At the beginning of 2004, Gerard Wróbel (guitars, songwriting) formed Perihellium and the band quickly found success in their native Poland by winning various competitions. This brought them to the attention of Insanity Records who signed them and released their debut ‘The New Beginning’ in March 2008. From looking at their website the band have been busy, playing gigs and winning more competitions, but what about the CD itself? Well, what we have here is another superb example of prog metal by a band confident in their abilities to provide melodic counterpoint both aggressively and passively as the need dictates. I note that on the CD vocalist Marcin Sułek is designated as a guest (although looking at the website, thankfully available in two languages, it appears that he is now a full member), which may explain why the band seems often to concentrate on long musical passages as opposed to many with vocals. Marcin sings without accent and actually this is a very Western sounding album, and even though there is one longer song (eighteen minutes plus) this is an album that is very immediate and impressive.

To be honest, I knew within the 30 first seconds that I was going to enjoy this album as opener “Chrome” kicks off with some Tan Dream style noodlings which gradually intensifies before the whole band comes crashing through. It is intense, dramatic, and definitely great fun! This band may be becoming fairly well known in Poland but music of this quality demands to be heard far more widely. If you enjoy prog metal then this is essential.