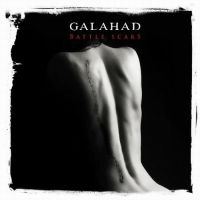 Before I listened to ‘Battle Scars’ for the first time, I went back and played some of ‘Nothing Is Written’. Incredibly that album is more than 20 years old, and back in the early Nineties I saw this band play many times. The line-up changed between this album and the follow-up, ‘Sleepers’, which came out in ’95 – but some 17 years later four of the same five were involved with ‘Battle Scars’. However, bassist Neil Pepper had left the band for a period and hadn’t been back for long – it was an incredible shock to everyone that Neil was diagnosed as suffering from cancer, yet somehow he made it through the recording sessions. The fact that he passed away in September 2011 at the age of just 44 leaving behind a widow and young family is something that many of us are still finding hard to deal with.

So, in lots of ways this was always going to be a hard album to review for me. Any opinion will always be subjective, no matter how objective the reviewer tries to be, and not only have I a long history with the band but I was aware that I really wanted this to be a great album, a fitting legacy as it were. But would it be?

As I said, before playing ‘Battle Scars’ I listened to ‘Nothing Is Written’ – back when the band had won the Radio 1 Rock Wars and had been guests on The Friday Rock Show with Tommy Vance (those were the days). Back then they were young and dynamic, with much to prove. Here, all these years later they are not quite as young as they were, and in many ways are something of elder statesmen of the prog movement. But this is not a band to rest on their past achievements, as their last studio album ‘Empires Never Last’ amply proves. This is a band that is proud of what they have done previously, but also understand that they need to mature and this is an album that shows that they have done just that.

In ‘the new guy’ Dean Baker they have a keyboard player with a huge palette and being able to bring to play many different sounds has enabled them to deploy different techniques to great effect. The title cut starts the album and the gentle choral and orchestral effects soon give way to a Freddie Mercury style chorus where Roy is finally allowed to crank up the guitar and deploy some strong riffs. Stu has always had a very melodic voice, yet he has managed to add just a touch of menace when the need arises which gives the song an extra edge.

Karl Groom’s production, as always, is very polished and allows all of the musicians to shine – this is complex stuff yet is brought together in a fashion that is immediate and melodic. It is music that can be enjoyed on first listen yet the more times it is played the more the listener will get out of it. Spencer and Neil locked in as if they had never been apart and this strong rhythm section allows Dean and Roy to run riot. I would love to hear “Reach For The Sun’” in a live setting as the impression is that this has been written so that they can really turn this up and blast out. There may be a few Ozric style keyboard sounds, but the star of this is the repeated riffing, and the controlled passion.

Galahad in 2012 have produced an album that would be very recognizable to the people who used to go and watch them at Mr Kyps in Poole, yet is also very much the band that these days headlines prog festivals in Europe. At the very end of the album is a nod back to times past, as they revisit the title cut of their 1995 album ‘Sleepers’, and in many ways is quite different to the rest – showing just how much the band has changed. But it is great to hear it, as I for one always thought it contained Neil’s best basslines and yet again he proves what a great musician he was. Later this year Galahad will release another album, 'Beyond the Realms of Euphoria', which was recorded at the same time – it will be interesting to see just how that will compare as ‘Battle Scars’ is a winner on all counts.