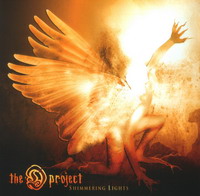 The man behind the idea of this band is Stephane Desbiens. He’s a Canadian musician, who can be associated with his earlier work in a number of rock units. The group which he was related to for the longest time was Sense with whom he released three CDs, but as far as I know, they weren’t well-known beyond the borders of their native Canada. However, it was different with Red Sand group, in which Stephane Desbiens did keyboarding on the first album “Mirrors Of Insanity” (2004). After leaving Red Sand he performed (but playing the bass guitar this time!) on the CD “The Word Of Qwaarn” of another, well known for art rock fans, unit Qwaarn. I know that the presence in both these bands alone is a sufficient recommendation for Polish fans, as there’s no denying that they are held in high esteem by the progressive audience.

Recently, Stephane founded his own project. He invited his friends, reputable instrumentalists, to collaboration. The names of the three of them will tell the art rock fans everything: Tomas Bodin (The Flower Kings), Martin Orford (IQ) and Fred Schendel (Glass Hammer). And although Desbiens on his album operates mellotrones and incredibly expanded set of keyboards personally, the parts performed by the above-mentioned musicians are the real adornment of “Shimmering Lights”. However, they are mainly a kind of ennoblement for the Desbiens’ project, because you have to admit that the presence of three prog rock celebrities does not dominate the album (they perform only during the 4 out of 7 tracks). Most instrumental parts are carried out by the other, rather little-known musicians (well, probably except for Matthieu Gosselin from the present Red Sand lineup) and the author and originator of the whole took on the role of a vocalist, a guitarist and a keyboarder. What’s more, he composed the music along with his friend, Francis Foy.

What kind of style do we come across with on “Shimmering Lights” LP? I think, that the fans of a good, full of the swing symphonic rock won’t be disappointed. The ideas of The D Project are very mature compositions with some denizens of jazz rock, which make the album more interesting and original. Thanks to the numerous parts of the analog instruments (mellotrones, Taurus pedals, moogs) or acoustic (cellos), The D Project’s music has a noble retro sound. It’s hard to compare the Desbiens’ project to any specific performer from the past, but I need to admit that the atmosphere of the 70s was portrayed superbly on the “Shimmering Lights”. Seven medium-length compositions represent seven separate stories, in which you can hear echoes of the achievements of Genesis, Yes, Anthony Philips, Barclay James Harvest and even Emerson Lake And Palmer trio. All of them are really brilliant and there are no weak tracks. The climate of the whole album can serve as a model of a good musical taste.

If  I were to pick my favourite fragment of “Shimmering Lights”, I would choose two tracks: instrumental “End Of Recess” with brilliant parts of acoustic guitar, and 10-minute composition “September Solitudes”. Anyway, the rest of the tracks contain an enormous dose of the positive energy, powerful symphonic sound and unique atmosphere of the real musical mysterium, which really sticks in mind. And even though the individual tracks differ from each other very much (for example “What Is Done Is Done” is a pure heavy metal whereas “That’s Life” is jazz rock fusion), they sound the best when you listen to them together and it is what I suggest you to do and devote yourselves to these wonderful sounds for 50 minutes. I wonder if after listening to this album you will also like me catch yourself pressing the PLAY button thoughtlessly. Don’t be surprised. On “Shimmering Lights” you can really hear a lot of good music and undergo many unforgettable musical experiences.