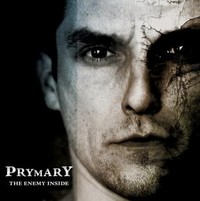 Prymary are a Progressive Rock/Metal band from Southern California that came together in 2000 and decided from the beginning that they were going to play exactly what they wanted without necessarily fitting within any musical genre. This has allowed them in turn to bring together lots of different styles and they have delivered their own version of prog rock/metal with the emphasis on musicianship, melody, and complex rhythms. Their debut self titled and independently financed album was released in 2003 by the band and to promote it they performed with bands such as Fates Warning, King's X, Spock's Beard, and Enchant. After the success of their second album ‘The Tragedy Of Innocence’ the band turned their attention to this their third, which was released in 2009.

What makes this album stand out so much for me is the way that the band are at home whatever they are doing, so if it is gentle keyboards and vocals then it is a masterclass, but it feels the same way if the band are upping the ante and getting much more in your face and it is somewhat surprising that these guys aren’t more well known as they are superb musicians. I hesitate to pick on just one stand out, but there are passages within the five section opening number where guitarist Sean Entrikin shreds in a way that wouldn’t sound out of place with Dragonforce.

This is album packed with light and shade, piano over the top of blasting guitars being just one of the highlights, and the feeling throughout is that of a band at the very top of their game – begging the question just why aren’t these guys more well known? A bill of these guys supporting Dream Theater would be a match made in heaven and I strongly urge those who like their metal melodic, or their prog to have balls, to search this out at once if not sooner.