Sky Architect - Excavation Of The Mind 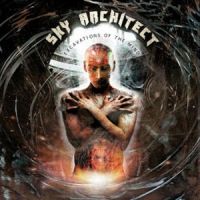 On playing this there are a few things that spring immediately to mind, such as wondering how on earth can this be a debut which is quickly followed by what on earth is this music doing in the 21st century? The reason for the latter question is that this is prog that has been heavily influenced in all the right ways by the Seventies and the only way I can describe it is by calling it “open”. This is music that just begs the listener to come in, sit down and relax in the comfy armchair while being blown away by incredible multi-layered music that is somehow immediate and compelling. Apparently these are five young guys from Rotterdam, and it has been a while since I heard anything from Holland that is as exciting as this. It takes me back to the days when a parcel from Holland meant the next set of promos from the much-missed SI Music, and knowing that there would be music within to surprise and delight.

These guys obviously know their prog, and there are a whole host of influences (although the madcap section within “Russian Wisdom” owes more to a polka band than it does a prog act!), with Gentle Giant probably have the biggest influence (and in my book that can never be a bad thing). It is no wonder that no expense has been spared on the artwork, and Mark Wilkinson has again produced a masterpiece that is matched by the music inside.

One of the most exciting debuts I have come across in recent years, and I can only hope that these guys stick with it as the prog scene is surely richer by having them in it.