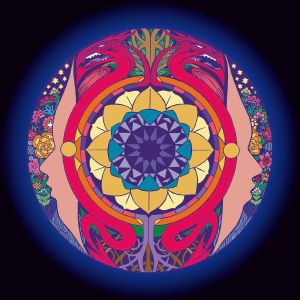 Charlie has been a veteran of the London music scene for more than a decade now, and is best known as bassist of critically acclaimed psychedelic octet Knifeworld, and instrumentalist/co-arranger for Emmy-nominated Classical choir Mediaeval Baebes. He also plays stringed instruments in Bad Elephant Music stable mates My Tricksy Spirit. ‘The Divine Abstract’ is Charlie’s first album of solo compositions, and it was conceived and written over a 7-year period, centred around themes of change, transformation and transcendence. In many ways, it is hard to know exactly where to start with this album, but the band that springs to mind when first hearing this is Karda Estra, but one where Richard Wileman has been taken on a pilgrimage through the likes of India, China and Indonesia and has also brought those elements into his modern classical progressive style.

Somehow this album doesn’t sound contrived and over-arranged, but simply flows unimpeded, mixing different instruments and musical styles to create a journey which shows just how much Charlie understands musical form, arrangements, and how instruments from different parts of the world can come together to create something that is both unique and beautiful at the same time. It is the perfect album to play on the deck of a warm summer’s evening, and let it combine with the birdsong and become something that feels a part of the natural environment very much. Too much music these days is disposable and plastic, created without a thought for the end results, apart from sounding like every other pop hit out there and hopefully gaining the performed some airtime and possibly a part on the next Celebrity Look At What They’ve Got Me Doing Now (but you’re watching it while I’m being paid, so who is the real idiot?) program. This has been created because it was the right thing to do, and there are times when I am glad that I spend so many hours sat behind a keyboard writing about music, as every so often a real diamond comes my way that otherwise I would never have discovered. This is incredible, majestic, visionary and essential. Nothing less. For more details visit www.badelephant.co.uk - all of you, right now.

Gildenlow, Kristoffer - Let Me A Ghost

Beyond The Labyrinth - XXV

Journey - Live In Concert At Lollapalooza

Albion Christmas Band, The - All Are Safely Gathered In