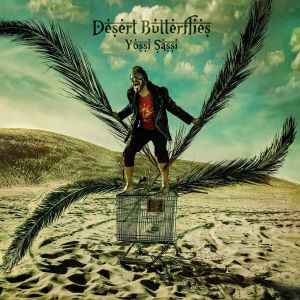 Multi-instrumentalist Yossi Sassi will probably always be remembered for co-founding the mighty Orphaned Land, but he left them in 2014 to concentrate on “creative, innovative, authentic music that unites people". This is his second solo album, as he released ‘Melting Clocks’ while still in Orphaned Land, while this one came out not long after he left the band. Here Sassi contributes vocals, guitars (electric, nylon-string, acoustic, 7-strings), bouzouki, charrango, oud, saz, Chumbush, and keyboards. He also bring in a very diverse group of people to help him with the album, including the likes of Marty Friedman (Megadeth) and Ron ‘Bumblefoot’ Thal (Guns ‘n’ Roses) who provide some solos.

There are a couple of actual songs on the album, with the rest being instrumentals, but what makes this such a delight is the way he mixes so many different musical styles and worlds together in a way which complement each other. Influences from the Middle East and Israel sit happily hand in hand with most Western rock, and blends together so it is hard to see the join. This is exactly the sort of album I would expect from him, even before listening to it, given what I have heard of Orphaned Land, but here is taking the music even further than it has before. This means that the listener is never sure what style or instrumentation is coming next, whether it be a standard blues based repeated pattern or something far more exotic. It is exciting, invigorating, and full of interest and depth.