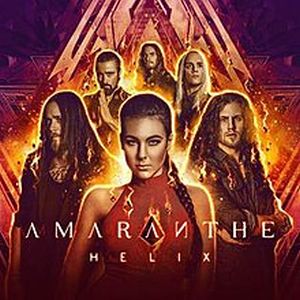 It is a long time I last heard Amaranthe, and the only other album I have in my collection is their 2011 debut, but f our albums into their career, they have apparently racked up north of 118 million YouTube views, half a billion song streams, are the three-time holder of BillBoard Heatseekers Chart #1 position and possess a panoply of Gold discs for albums and singles alike. I can only think that the other releases contain far more emotion than this one, which manages to be heavy and sanitised all at the same time. They are mixing symphonic with techno, strong female vocals with death growls and male rock, and it all comes across as rather bland and clinical.

I get the impression there are some good songs in here waiting to burst out, but the album has been layered, polished and honed so that any soul is long gone, driven out from the pressure of yet another run through the mixing desk and further tweaks. Some of the songs are incredibly catchy, such as “Countdown” which has Avril Lavigne-style hit single written all over it, but I would love to hear this album with the guys just performing it from start to finish, with a sympathetic ear at the sound desk. It would be far different to something that shows promise but eventually fails under the weight of all the varnish.