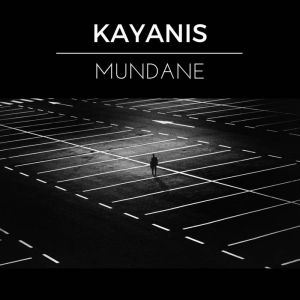 This 2017 release is the first I have heard from keyboard player Lubomir Jędrasik, but he has been releasing albums under the name Kayanis since the early 1990’s. Here he has been joined by singers Patrycja Modlinska and Dawid Wojtkiewicz, with additional guitar by Piotr Fanki Mrozicki. Throughout the album there are also some film clips used which discuss the use of propaganda, I am sure it is James Stewart speaking as one of the characters but there isn’t enough information provided for me to really track down the source. The album works best when it is just piano and the fragile vocals of Modlinska, although there are some unusual production techniques deployed which makes one think that instead of a high quality digital recording one is listening to a record where there is some fluff on the needle, and all I can think of is that it has been designed to link in better to the film clips.

There are times when the music is overly simplistic pop, and I find myself having to prevent myself from fast forwarding to the next song. His website provides no information apart from some links, and for some strange reason this album isn’t listed on his Bandcamp page, although three others are, including the one prior to this, 2015’s ‘Transmundane’.

There are some sections here and there which make the album worth listening to, but overall, I doubt it is one to which I will often return.