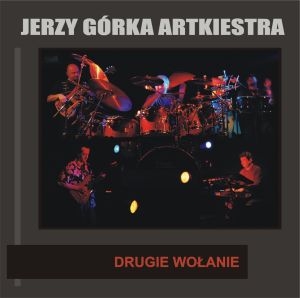 This is the second album from the instrumental quintet led by drummer Jerzy Górka, whose roots can be traced back as far as a concert performed by a ten-man band in August 1998, which also featured keyboard player Piotr Rupik. Bassist Łukasz Jura and percussionist Szczęsny "Szczena" Skrzypiec also played on the 2005 debut release, ‘Structures’, while the line-up is now completed by guitarist Michał Kołodziejczyk. I am sure there are many reasons why it has taken so long for the band to provide a follow-up, but whatever they are it is a real shame as this is a really interesting jazz progressive fusion album with a great deal going for it. Keyboards often take the lead, but guitarist Kołodziejczyk isn’t afraid to step up when the time is right, and often puts his sound through treatments so the sounds aren’t always as one would expect.

This is bright and intriguing, ripples of sound with a great deal of staccato being employed. They mix Latin and funk in with rock, with percussion playing an important part, and there are times when it feels almost like classic Santana. Part from the guitarist, the band have been together for a considerable period of time and it really shows in the way they link together and make complex passages seem very simple indeed. Rupik often sits at the front taking the melody while there is a great deal of complexity going on behind him as the drums and percussion drive the sound. This sounds like a long-lost album from the Seventies, as one cam imagine Holdsworth being involved and having a blast. Apparently the album title translates to ‘Second Surface’, let’s hope we don’t have to wait so long for a third.