Mars Project - House Of The Restless 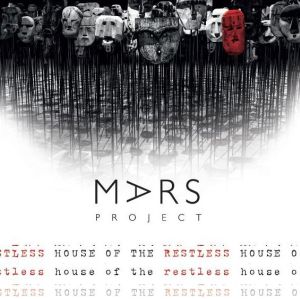 One of the issues of being sent an album by an act with a common sounding name, with no press release, makes it really hard to undertake any research. It doesn’t help when the label itself has very little information on their website, and the artist doesn’t provide any contact details within the booklet! All I am really confident about saying is that this release is a solo instrumental from Marek Sikora, who provides guitars, keyboards and samples. I do know there has been at least one other album, ‘Insomnia’, which was released in 2017 (also through Lynx Music) and this was the follow-up.

Here is someone who has been heavily influenced by classic Tangerine Dream, and then put in some Vangelis and Jean Michel Jarre and tied it all together with some wonderfully evocative acoustic guitar. This is music which is always relaxing, never in your face, and is designed to be listened to preferably on headphones or at least in a quiet room: this is certainly not something you can play while using power tools (I personally find Cryptopsy, Testament and Slipknot to be the perfect accompaniment to using a weed whacker – they’re called strimmers in the UK but I much prefer the Kiwi name!). There are some times when Marek brings the music more into the foreground, but for the most part this is an album where there aren’t many notes to the bar, and it is all about getting into the feel and emotion of the music so it can take you along for the ride. There are times when it is quite minimalist in its approach and it reminded me of some of Roger Eno’s work, and there is always enough to keep the listener engaged and enjoying the experience. Strangely enough it can become almost industrial at times, yet there is always the acoustic guitar which grounds it back into reality. Overall this is a really nice album and certainly worthy of investigation.