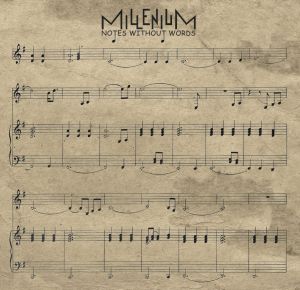 As part of the twentieth celebration of Lynx Music, the label has made this new compilation available, and as one may surmise from the title this is a collection of instrumentals. Inside the digipak there are details of who played on what tracks, including past members of the band, but it would have been nice to have details of what originally appeared where. The tracks go all the way back to the debut with “Mirage”, while “Calling!” appeared on the most recent album ’44 Minutes’. The songs are mixed up in terms of age, yet the album still feels complete and not like a compilation at all. Instead of being just a single track on an album, here the instrumentals are combined to show just what a powerful band they are in that format. It did make me realise just how much an impact guest Magda Ksiazek had on the band, as her cello on “Chaos” is simply stunning and takes the band into a quite different area.

Piotr Płonka often takes the lead role on electric guitar, but Ryszard is always there to provide support on keyboards as he delivers the curtains of sound for the guitar to play against. Given how important the saxophone is to their current sound it is quite interesting to go back in time and realise that without vocals they are a neo-prog quartet working in a quiet different manner to today. The final track is something of a rarity as it didn’t make it onto the album for which it was intended, ‘Three Brothers Epilogue’, but even without that I would still recommend this album for those who have yet to come across Millenium, who continue to be one of the best Polish bands around.