Hats Off Gentlemen It's Adequate - Out Of Mind 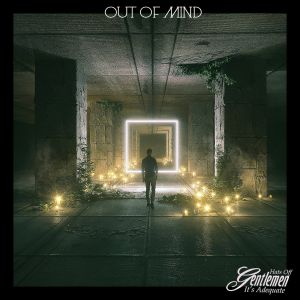 This is my first experience with HOGIA (I am not going to keep the full band name throughout this review!), which is primarily Malcolm Galloway (vocalist, multi-instrumentalist and producer) and Mark Gatland (bass, backing vocals, keyboards and co-producer), although they are often joined by Kathryn Thomas (flute), and when playing live they have other guest performers including Rudy Burrell (drums) and Ibon Bilboa (guitar). According to the band they “combine prog/alt-rock, funk, metal, ambient, contemporary classical, minimalist, and electronica elements, and often explore scientific themes.” The latter I am sure is down to Malcolm’s other life, as he told me he is a part-time musician, part-time neuropathologist and medical schoolteacher about the brain. Who says musicians are dumb?

I must confess it took me a little while to get into the album, just because there are so many different styles on offer. If we take “Stand Up” as an example, and just listened to that one song, then I would say we were back in the very early days of Credo and the line-up which appeared on the debut album, with keyboards used as an accent, guitars crunching hard and Mark Colton at his most venomous. I honestly can’t play this without thinking of the toilets such as Egham Compasses where we used to gig back then, 25 plus years ago. But then compare that with the following track, “I Miss The Stars” which is far more Floydian with a swirling sound, almost spoken vocals, and a guitar which cuts through the mist with a strident but gentle sound, the gently picked notes combining well with keyboards. But “When I Was A Ship” (which is about spaceships taking over mind-wiped slave bodies), has far more of a piano basis, with some wonderfully delicate basslines, which totally changes tack halfway through and moves from a proggy ballad to something which is far more of a frenetic shuffle.

This 2018 release was their fourth full-length album, so I am very much late to the party, but at some point I will be reviewing their other releases as well as Malcolm’s solo minimalist classical outings. This does take a little getting used to due to the way the guys switch it up, and they sound quite different again when the flute comes in, but certainly repays repeated playings.