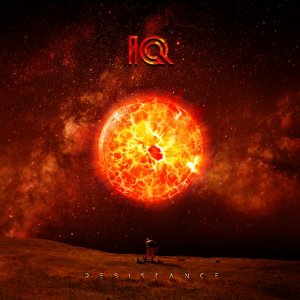 Since 2004’s ‘Dark Matter’, IQ may have slowed the release schedule in that this is only their third album since then, but they show no sign at all of slowing down in terms of consistency and sheer power in their music. Neil Durant joined the band back in 2010, but this is only his second new IQ album, and it is now that he is allowing his musical wings to spread. There is a confidence here from a keyboard player who doesn’t feel that his primarily role is just to reduce the average age of the band (Mike Varty of course filling exactly the same position in Credo), but instead knows he can take control when he wishes to with soaring keyboards and multiple banks of sound at his command. This has also allowed the rest of the band to relax and the result is one of the best releases from the IQ canon, and given they have very rarely produced anything apart from essential, that is quite some statement.

Strangely enough, the person who seems to be relishing this most is Paul Cook, the man who has been behind the drums for all except one of their albums, 2009’s ‘Frequency’. I have never heard his playing to be quite so dramatic, quite so in your face, and it is down to his rhythm partner Tim Esau to keep things pinned down to allow Cookie the freedom to be more expressive. Esau has also settled back into the band, actually being the “new boy” having only been back in the fold since 2011 – strange to think he has now been back in the band as long as he was in it first time around – and keeps everything simple, yet complex at the same time. As for Michael Holmes, the only person who has appeared on every single IQ release, he is relishing the opportunity to produce some of the heaviest guitar I have ever heard from him, but yet again he has the confidence to not play at all for whole passages, letting Neil and Peter have the show to themselves if that is the right thing to do.

Ah, Peter Nicholls. I do love the two non-Peter albums, and indeed play them frequently still, but Peter is the real voice of IQ and his stage presence is unsurpassed. Here he provides us with multiple persona, whether it is being reflective on “Stay Down” or being the rocker on ‘A Missile”. When talking about the album, Michael said: “It’s taken a while for this album to develop, but to my mind that’s given it a nice ‘organic’ feel with some quite diverse atmospheres. The initial idea for Resistance was to have a single CD with an accompanying ‘extras’ disc, but the closer it got to the release the more we felt that everything just gelled as a proper double album. That’s also meant we were able to give each track just the right amount of breathing space, whether that’s a three-and-a-half-minute thing or a more substantial twenty-two minute ‘workout’.”

Michael describes the album as organic in the way it came together, but for me this is all about confidence. The confidence of a band who have been atop the progressive world for so many years, nearly 40 years since they came together, and 36 years between the debut and their latest (with four of the five musicians involved in both). Simply brilliant in every way, essential, superb.