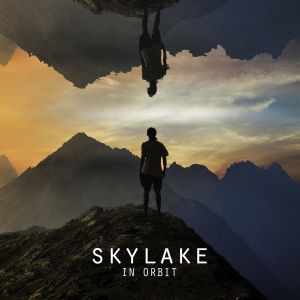 Skylake is a young Dutch alternative/progressive rock band who state they are influenced by artists such as Karnivool, Anathema, Tesseract and Steven Wilson. They’ve been active since early 2015, with Bart Laan on guitar and vocals, Charlie Feld on bass guitar, Suzan van den Engel on vocals and harp, and Arjan Laan on drums. Yes, they are unusual within the prog context by having a straight four-piece rock band set up, and it’s not unusual for them to move more into melodic hard rock, although often with interesting time signatures and approach. Their live sound must be quite different to the studio, as the interplay between two guitars is an important facet, and in concert they probably come across quite a bit heavier. Even so, there are times when they are quite heavy indeed, and bring in some djent staccato attacks when the time is right.

The instrumental passages can be reasonably long within the context of the songs themselves, but there are no real lengthy songs here. The use of harp (sparingly it must be said) is also interesting, as chords are plucked to provide emphasis. On top of all that rock, there are the vocals of Suzan van den Engel, and she has a wonderful voice. She never strains, or goes very high up the register, but always has the feeling of total composure and control, and this combined with the musical support and commercial elements to the music means this is a very listenable and enjoyable album from the off. I will be intrigued to see where they go from here, as while this is never earth shattering it shows real promise and is a band I will be looking out for the in the future.