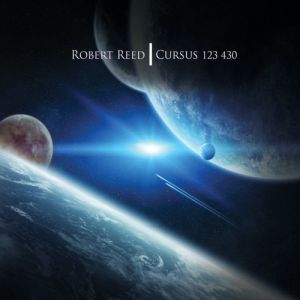 I have known Robert for the best part of 30 years, ever since SI Music sent me the Cyan album ‘For King and Country’ and I have followed his career with great interest since then. Apparently, when he was eight years old, he received a couple of albums for Christmas, including ‘Tubular Bells’, and while that set his own musical path in many ways, that same year his brother was given Jean Michel Jarre’s ‘Oxygene’, which he soon borrowed and played to death. While working on his lates project he felt he needed a break and to work on something totally different to clean his palate and started thinking about electronic music and what an impact it had on him over the years from Jarre to Vangelis, from Ultravox to Depeche Mode, and from John Carpenter to Tangerine Dream. Feeling inspired, he went out and purchased some analogue synthesisers and this is the result.

Vangelis has undoubtedly been the main inspiration for this album, with some wonderfully layered synths with strong direction, although the more ambiguous and ethereal elements of JMJ have also made their presence felt. This is a type of music I do not play very often these days to be fair, and the first time I played this all the way through I was somewhat uninspired but there is no doubt that this grows on you. Robert has an innate sense of melody, one of the reasons why his bands have been so popular over the years, and here he has used that to create music which has more purpose than many working in this style of music. Add to that his prodigious keyboard skills, and here is an album which I found I enjoyed far more than I initially expected.

It does feel very “space” like, almost as if it is tied in with a science fiction novel and I was not surprised to see that the deluxe version of this contains a detailed novella. For those who enjoy this style of music then this is well worth investigating further.