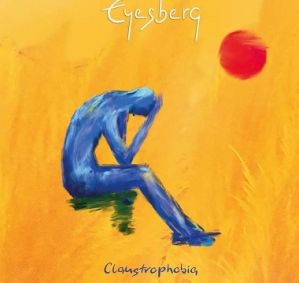 Georg Alfter (guitar, bass), Norbert Podien (keyboards, drum programming) and Malcolm Shuttleworth (lead and backing vocals) are back with their third album as Eyesberg, with drummer Jimmy Keegan (Spock’s Beard, Pattern Seeking Animals) now a full member, and the addition of backing singer Emma Edingloh. Their first album was mostly retro prog, the second neo-prog, and this sees them move more firmly in that direction, although often with less guitar than one would normally expect from that subgenre. The drums are kept quite high in the mix (which works well, but it is also worth noting that Keegan produced this album which may also be a reason), and often it seems almost as if it is just drums and dated keyboards combining with the vocals of Shuttleworth to drive it forward.

Shuttleworth is a superb singer, with vocals which quite often have as edge to them so having them subtly smoothed by the addition of Edingloh is a nice touch. Like many, I have always admired Keegan’s work in various bands, and here he allows himself to really show what he can do, sometimes keeping everything tight, but at others providing blistering fills which really take this music in a different direction with addition dynamics and contrast. Lyrically this is a concept album, charting the life of Van Gogh from his childhood through adolescence and adulthood until his insanity and death.

It is a pleasant album, but to be honest it is rarely more than that. Keegan and Shuttleworth really stand out due to their performances, but musically there is little in the way of inspiration, and I don’t see this as a step forward from 2016’s ‘Masquerade’ but instead a move in the wrong direction. There is just too little which is middle of the road prog, with rare flashes of inspiration. When they do arrive, such as the unexpected guitar break at the beginning of “Walking In Storms”, then it puts the rest of the album into stark relief and makes one wish that there was just a lot more of that sort of thing as opposed to the prog by numbers which often seems to comprise much of this album.