Bainbridge, Dave - To The Far Away 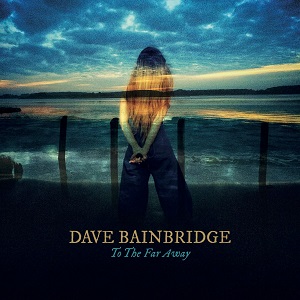 It is now 30 years ago since I first came across Iona and the magical wonderful album which is ‘The Book of Kells’. Since then, I have followed the career of those involved with some interest, and I do wonder if the millions of Nightwish fans ever look back to see what Troy Donockley was doing in his earlier days. Mind you, his old mate Dave hasn’t been lazing around too much either. 2020 saw him producing the epic 17 CD ‘Book of Iona’ box set celebrating the 30th Anniversary of Iona, as well as contributing in various degrees to new albums by Kimmo Porsti, Cronofonia, Downes Braide Association, Lifesigns, Nick Fletcher, Glass Hammer, Celtish and Strawbs. If that wasn’t enough to keep him going, he also found time to work on his fourth solo album, ‘To The Far Away’.

Iona fans may well recognise those words as being from “Edge of the World” from ‘Beyond These Shores’. That album recounts the ancient story of St Brendan’s epic voyage across the Atlantic Ocean, whilst ‘To The Far Away’ tells a more contemporary story of lovers on opposite sides of the sea, separated for many months by the global pandemic. Dave and Sharon, who lives in Baltimore, were due to be married at the beginning of 2020, but it took until the very end of the year for it to take place due to the enforced and unplanned separation. All those emotions and feelings were pouring through Dave as he worked on this album, bringing in old friends and guests to assist him in building something very special indeed.

He worked with poet Lynn Caldwell on the lyrics, as he wanted to ensure the words were perfect for what he was trying to express. Musically, he of course provided the multiple instruments he is renowned for, while also recruiting Sally Minnear (Lord of the Dance, Celestial Fire) and Iain Hornal (Jeff Lynn’s ELO, 10CC, Three Friends, solo artist) on vocals, Troy Donockley (Iona, Nightwish, The Enid, Maddy Prior) on Uilleann Pipes, whistles and voices, Jon Poole (Cardiacs, Lifesigns) on bass, Frank van Essen (Iona, Martin Garrix) on drums, violins and violas, Jonas Pap (Epica, Cronofonia) cello, Nigel Cameron (Celtish) whistles, Julie Cameron-Hall (Celtish) violin and Martin Nolan (Iona) whistles.

With a band like that behind him it is of no surprise whatsoever that the music is of the very highest order indeed, and the arrangements are immense. This is reminiscent at times of Iona, dream and very Celtic, but at others it is much more direct. The atmosphere created within is palpable, and I can imagine myself on the Western Isles again, going on a tramp, thinking of the girl on the other side of the ocean. The islands are a magical place, no wonder they make the water of life there, and just from playing this music I am transported back to a place on the other side of the world from where I now live. My grandfather was District Officer Coastguard Western Isles at one point, and my father grew up in a small village at the very tip of Kintyre, where he now lives again, and I can’t listen to this without thinking of my times there.

Sally and Dave have a wonderful working relationship (their 2018 ‘Live In The Studio’ album is also essential), which is perhaps no surprise given she is the daughter of multi-instrumentalist Kerry Minnear (Gentle Giant), so she literally grew up in music. Her vocals and melodies are clear and fine and are just what is needed at times to cut through the complexity of the arrangement. One of the delights of this album for me is that Dave allows himself to show some of his stunning soloing skills on tracks such as “Girl and the Magical Sky”. But Dave is also content to take the back seat when it is right for the music, so although he may be providing focal points at different places, or the foundation, all the musicians and singers have their time in the spotlight – it is all about the music.

I have been fortunate enough to hear many of Dave’s albums over the years, and this is undoubtedly the finest of his career to date. We get long pieces, short ones, some that are simple, others furiously complex, instrumentals and others where the words are the focus. They are all imbued with that sense of majesty, mystery, atmosphere and Celts, and the result is simply stunning. Essential.