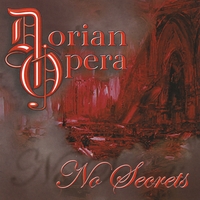 Here is the debut of yet another Prog Metal band, this time from Germany, with the CD being released on the Russian Mals label, home of the keyboard player Andrew Roussak’s solo album. This is prog metal that really comes alive during the instrumental passages where they often combine differing classical styles with the metal, creating a sound that is truly progtastic. But, I did find that at times the vocals aren’t as strong or as melodic as they might be, while at others they are wonderful (possible quality control issues?). Also, to me the production wasn’t as clear cut as it could have been so that there are times when the music is a little muddy.

So, it is fairly obvious that I don’t like the album then? Um, wrong. This is actually a really good debut. While the guys obviously know how to rock out, Roussak has a fine touch on the piano and it is the judicious use of runs on the piano that perfectly complement what is going on in the maelstrom. This is an album that does grow on the listener and the more one plays it the better it gets! Yes, there is room for improvement in many areas but this album should gain the band a strong following within the genre and I look forward to the next release with some interest.