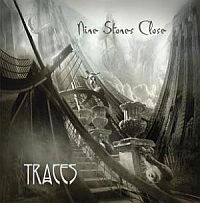 When first looking at this CD, even before it makes it to the player, it is obvious that the music is going to have a lot to live up to as the artwork from Ed Unitsky (The Flower Kings, The Tangent, Unitopia etc)is stunning. This album deserved to be released in the good old days of vinyl so that listeners could have studied the sleeve in depth while playing the music (just as I used to when I was younger..). This is the second album from the band, but the first was actually a solo project by Adrian Jones (guitar, bass, keyboards) and it was only a series of coincidences that led to a full band being formed who then worked together on building the songs for this CD, which was released in 2010.

This has to be one of the most layered albums I have had the opportunity to listen to for quite a while. It brings together a feeling of melancholy with the textures of early Porcupine Tree, the restraint of Pink Floyd, Hogarth-era Marillion and even Japan. This certainly isn’t music to play when you are feeling a little down, and really isn’t music to be played on a bright sunny day, but rather this is for reflecting in the dark of the evening when the world is at peace and the required time to be taken to immerse into the world.

I rarely quote from the press release, but I couldn’t put this better myself as it states that it “is a journey through loss, growing up and getting older. Letting things go and learning how to move on. Asking questions that don't have immutable answers, telling stories that don't necessarily have happy endings. Coming to terms with things you can't change or control. Mood music not for elevators. Understanding that being alive sometimes means hurting, but somehow uplifting rather than morose.” This is not fly by night manufactured music that will only last for 30 seconds; there is a depth and majesty that progheads will truly love.