Mystery - Beneath The Veil of Winter's Face 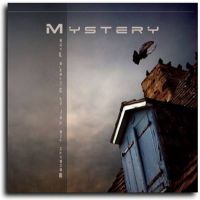 It was many years ago that I first came across Canadian prog act Mystery, led by guitarist and songwriter Michel St-Pere. Back then nearly all communication was by letter, but Michel was the first person in the world that I ever had an email conversation with  - so this is a band with whom I have always felt a strong connection. On top of that they were releasing some great music and I fell in love with 1996’s ‘Theatre Of The Mind’ the very first time I heard it. But in 1999 Gary Savoie, who had been the frontman for 7 years decided to leave. Michel knew who he wanted to be the new singer, but at the same time he was signing other bands to his fledgling label and that became the priority.

And so it wasn’t until 2007, nine years after their third album ‘Destiny?’ that Mystery released the follow-up – this time with an unknown singer who Michel had seen with a Yes tribute band, one Benoit David. Of course, Benoit is now more widely known as the singer with Yes on their best studio album of recent years, but back then this was still in the future. Of course that connection will mean that people will often try to compare the two bands, but that is unfair on so many levels. While Benoit obviously connects the bands, and they both play progressive rock, it is there that the similarity ends. While never a metal act, the band leader of Mystery is primarily a guitarist and consequently the music is approached from that area, and crunching guitars and power chords show that here is group that remember that there is ‘rock’ in prog. The group at this time comprised Steve Gagné on drums (who had joined the band in time for ‘Destiny?’), Patrick Bourque (who had been with Mystery since ‘Theatre’) on bass and Michel St-Pere on guitars, bass and keyboards and of course Benoit on vocals.

Looking back at this album some five years after it was released is like visiting an old friend – it is full of life and vigour and any proghead cannot fail to fall in love with it. There is real melody and control, and while there is plenty of note density they are all there for a reason. This is not prog for someone to nod their head to and sagely comment that the musicians are stellar – yes they are, but this is music to be played and enjoyed, bringing a smile to the face. As I write this in 2012 the guys are just releasing their third album with Benoit, ‘The World Is A Game’, which I am eagerly awaiting, but if you haven’t investigated their back catalogue you owe it to your ears to do so. Superb.