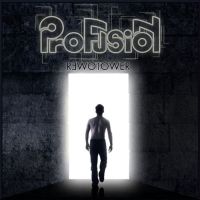 This Italian group originally started life as a trio called Mardi Gras Experience, but they changed to Profusion, a combination of ‘Progressive’ and ‘Fusion’, in 2002 and at that time also expanded into a five-piece. This is the follow-up to ‘One Piece Puzzle’, which was released in 2006, and there have been a few line-up changes since then which may have impacted the time it has taken to deliver the follow-up. I can only hope that it isn’t another six years until we hear the next one as this is quite an achievement. ‘Rewotower’ moves through loads of styles and emotions, combining neo-prog and metal with heavy AOR and art-rock in a way that is instantly accessible and appealing.

This album may short through different styles, but Luca Latini’s clear and powerful vocals are always to the fore and this is never short on melody. In fact, there are so many hooks that some will argue (with some justification) that this isn’t prog at all, but a melodic metal hybrid. Every person who listens to this will pick up on one influence or another as there is just so much going on; for me it is Porcupine Tree mixing with Dream Theater and possibly Sylvan, but the way that this is melded together is a delight and does it really matter who may have impacted their sound? The short version is this: if you enjoy music that is full of melody, extremely well played by guys who aren’t adverse to complexity and note density who like stretching perceived boundaries, then this is something you simply must have. Four solid stars in anyone’s book.