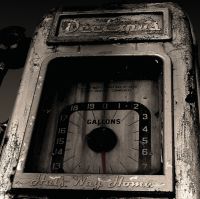 Having enjoyed their second album so much, it only seemed right and proper to go back to the debut to see how that stacked up. Given that it was released in 2008 I am just a little behind the curve, but given the size of the prog scene here in NZ I’ll forgive myself. As with their second album here is a band that is full of maturity and power – it just doesn’t seem that they have been around for such a short period of time. This is all about great songs and musicianship, combined with powerful production and stacks of hooks. There is enough complexity for any proghead, with melodies and counter-melodies throughout while at the same time the vocals lines are easy to get involved with. It is an ‘immediate’ album, one that can be listened to for the very first time with a smile on the face, and when it comes to the end the only sensible thing to do is to put it on again and get even further immersed in their world. They have been compared by many to Porcupine Tree, but while I can see that as an influence these guys are way more than just copyists with nods to Gentle Giant and Marillion among the mix.

One of my favourites is by far the shortest song on the album, “One Day”, which is a gentle piano and acoustic guitar instrumental duet that demonstrates that beautiful music doesn’t always need words, or great length. In contrast, the album closer and title track belts in at more than 17 minutes with wonderful complex rhythms and guitar lines at the beginning that cries out Mr So & So. In fact, my only complaint at the end of playing this album is that the lyrics in the booklet are just too hard to read! They may fit on two pages on font 5, but some of us are getting on a bit now…

Seriously, this is a great album from a band who at this time were more a project than a group. If you have yet to come across DeeExpus then you owe it to your ears to investigate this great British group at www.deeexpus.com.