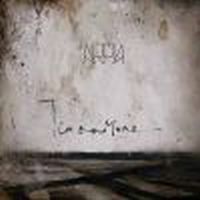 The Italian group Arpia was founded more than 20 years ago by Leonardo Bonetti (v, bg, k), Aldo Orazi (dr) and Fabio Brait (g). What’s interesting, they are still in the same line-up and they’ve just released the album entitled “Terramare”. It’s very ambitious record, in a literary sense and it tells us about sexuality of the contemporary world. Title “earth” and “sea” are two poles, the elements of physicality and spirituality, two opposites, however matching and completing each other perfectly well. Earth and sea are also two symbols. They are a woman and a man and the relationships between them. This theme appears all the time throughout the album. As the album is about the man-woman relationships, singing Leonardo Bonetti is accompanied by a singing lady. It is Paola Feraiorni and, one has to admit, that the timbre of her voice is extremely pleasant for ears, and her vocal duets with Bonetti make a huge impression on the listener.

And what is the music like? Generally speaking Arpia play music that could be described as the progressive metal. “Terramare” seems to be quite a heavy sounding album, mainly because of Brait’s guitar riffs. The sound of the guitar undoubtedly gives tone to Arpia’s music. Keyboards are in a deep shadow, and there are some long moments they’re not audible at all. This is why I think that the group are closer to metal than to prog. Sometimes they run away rather unambiguously into heavy metal, and there are really few classic art rock sounds on “Terramare”. They are much closer to Metallica and Fates Warning than to Dream Theater for example. And if I said they were close to Dream Theater, I’d mean “Train Of Thought” rather than “Metropolis Pt.2”. But - to be just fair enough - I need to say that on “Terramare” there are also some lyrical tracks (for example: „Piccolina”, „Mari” and „Rosa”).

„Terramare” is the second album in work of the band. The first CD “Liberazione” (1995) was also a literally ambitious undertaking, as it described the history of Italy from 50 years ago, and it applied to the times of fascism. Surely for the listeners who understand the Italian lyrics, they can be a good bonus to the music itself, but with my limited knowledge of Italian language I have to base exclusively on the music. I have to admit that from progressive rock fan perspective I was very much impressed to want to come back to “Terramare” very often. Perhaps the next album will be more interesting and not so loudly vibrating…?