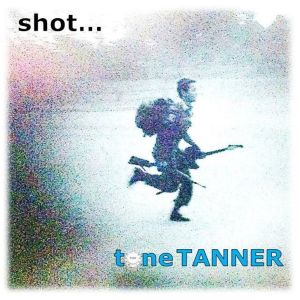 I’ve only just come across this 2016 album from multi-instrumentalist Tone Tanner, and I am so glad I have. It is a concept album telling the story of “55 year old Barry - a cocksure but ultimately failed musician. Pissed off with his failures, he makes some bad decisions and his world goes tits up.” Tone provides all the music himself, and has also added in some snippets from speeches (love the one about how a white boy can’t play the blues), and the result is a blues album which sounds as if it was recorded back in the Fifties. I have been listening to much more blues in recent years, and if I was to liken Tanner to anyone it would be with Lightnin’ Hopkins, or to move forward a few years then with Tony TS McPhee. It is electric, it is exciting, on the edge, traditional raucous electric blues. One can imagine the sweat coming down the walls as he plays in one dive after another, and the result is an album which is simply essential to anyone who enjoys the blues as they used to be played. We get some nylon, we get some slide, and Tanner shows that white boys really can play the blues.

Apparently Tanner is highly active on the live circuit on the UK, both totally solo and with a band, and on the basis of this is well worth checking out.