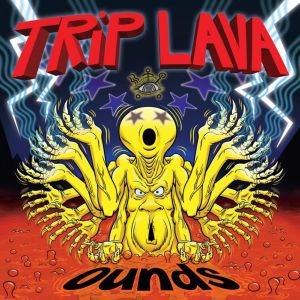 Multi-instrumentalist Joel Lee dropped me a line one day and asked if I would be interested in hearing his latest album, and as I continue in my search to hear weird and interesting things I of course answer in the positive and eventually the postman delivered me the CD (if you think there is no such thing as distorted time, just trying sending things to New Zealand). I was immediately intrigued by the artwork, and had already surmised that the album title was a simple anagram, but wasn’t expecting to discover that all 9 numbers were also all anagrams, and all starting with the letter “O”. I think my favourite title of these is “Oomsmushr”, which apparently is the sound of someone hallucinating.

My musical expectation by this time was for something fairly light and humorous, but it is only on the surface that this transpires. This album is intense, mixing psychedelia, space rock, RIO, krautrock, avant garde and so very much more into something which is incredibly compelling. This isn’t music that could ever be listened to in the background, as it demand close attention, it is something that should only ever be played when the listener has time to sit down and devote themselves to it. The melody if often led by the keyboards, but the most important instrument is probably the bass, which underpins it all and keeps it tied together. This is progressive music which is refusing to sit anywhere the mainstream, and instead of following a path well-travelled is instead taking a machete and breaking through new ground. Bands such as Hatfield and the North are an obvious point of reference in some ways, and if you want your progressive music to be truly that, instead of regressing over tried and trusted areas, then this is for you.