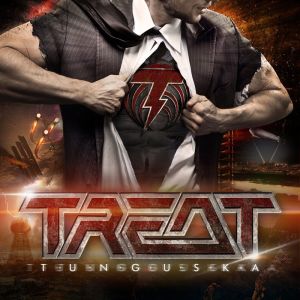 Treat may have taken a break at one point during their career, but the current line-up of Robert Ernlund (vocals), Anders Wikström (Guitars and backing vocals), Patrick Appelgren (keyboards, guitar and backing vocals), Jamie Borger (drums), and bass player Pontus Egberg (King Diamond) features just one person, Egberg, who wasn’t on their 1985 debut ‘Scratch and Bite’. This is the first album I have heard from the Swedish group, and there is no doubt that there are some fine hard rock musicians here, just a shame that the arrangements and production let it down so much. Here is an album where every attempt has been made to sanitise and polish it out of existence, and while there may have been some punch and threat in there when they recorded it that is unfortunately now long gone.

I am sure that there are going to be some very happy fans of the band out there, and certainly this album is being raved about on the web, but there just isn’t enough variation and power in this for me and it soon fell into the background. Fans of bands such as Eclipse, Hardline, Pretty Maids, Harem Scarem and Danger Danger may well find plenty here to enjoy, but there isn’t enough edge for me.