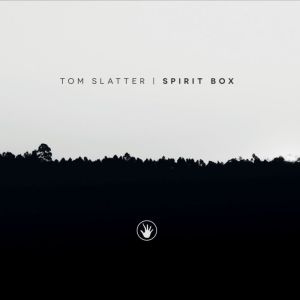 Tom’s last releases was as part of Murder and Parliament, and their rather superb instrumental album. Here we find him back to his more usual state of affairs, blackmailing Gareth Cole (electric guitars) and Jordan Brown (acoustic bass, keyboards) to appear with him while he himself provides acoustic guitar and vocals. He describes this set as a collection of four murder ballads, and we get to meet some interesting characters during its 23 minutes. I have long felt that Tom was born in the wrong century, as I can imagine him sat in a dark corner of a pub somewhere as a travelling musician, singing and telling his stories to the brave souls willing to hear it (a bit like his gigs to be fair).

Tom has an incredible sense of humour, and if you don’t believe me then just follow some of his posts on Facebook, and he often portrays a steampunk image but what this all belies is that he is a very English musician and writer who deserves close attention. I haven’t heard all that he has released by any stretch, but everything I have come across has been quite superb. He has a way of telling stories which drag in the listener to sample the wares, with incredibly complex acoustic guitar. He has become associated with the progressive scene, but he has as much in common with the folk crowd, and I would imagine him going down a storm at the Cropredy Festival. If you have heard any of his material already then I am sure you have lined up to purchase this, but if you are new to his style of English folk prog crossover then you owe it to your ears to find out more.