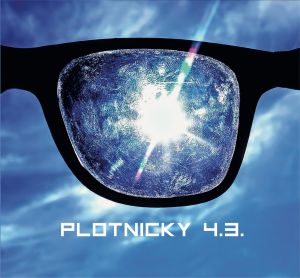 This is the third album from singer/synth player Adam Płotnicki, who is joined by guitarist Karol Szolz (plus a couple of guests here and there) for an album which hearkens back to a period of music which many of us had forgotten, and had wished the rest of the world could say the same. What we have here is an album which has taken early Eighties as the main starting point and tried very hard not to move too far away. Depeche Mode appears to be a particular favourite, but I can honestly say that with terabytes of music at my disposal there is not a single Depeche Mode track among them, or any of the other synth bands that came out at that time. Early Kraftwerk were a revelation, but the poppy repetitive synth scene was something I abhorred, even though the charts were full of them 35 years ago.

Although there are sections of songs which are enjoyable, with Ryszard Kramarski’s moog solo on “Chatbot” standing out (unfortunately that was his only contribution to the album), this is an album I can confidently say I will never play for pleasure ever again.