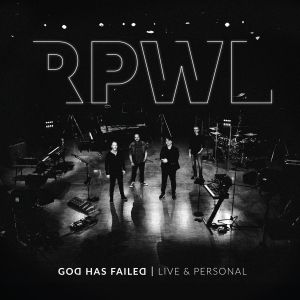 Time for a slight history lesson. Back in the 90’s there was a band called Violet District who released the album ‘Terminal Breath’ which I really enjoyed. Eventually that band disappeared, but band members Karlheinz "Kalle" Wallner (guitars) and Chris Postl (bass) formed a new band with Jürgen " Yogi" Lang (vocals, keyboards) who had also featured on that album, along with drummer Philipp Rissettio, and called it RPWL after their initials. This band announced their presence in 2000 with the debut album ‘God Has Failed’ which I enjoyed, while never believing it to be essential.

Over the years the band has released some superb albums, and although these days only Kalle and Yogi are still there, the decision was made to get out on the road to celebrate the 20th anniversary of the debut. However, Covid got in the way, but given that the band was fully rehearsed and ready to go they decided to film a live studio session of the entire album and make it available. So, what we have here is just that, a live recording of the debut (I only have the audio but it is also available on blu-ray, DVD etc.), back when the band were still showing how much they were influenced by Pink Floyd. It is impossible to play this album without referencing that band, as although RPWL have moved in their own direction over the last two decades, back then they were showing how much they had been impacted by that one band. But, and this is an important element, although they used very similar techniques and melodic stylings as Floyd, their songs were never amateurish renderings of already existing material but rather was delicate and soaring, much in the way of the band in the Seventies.

We get acoustic guitar, wonderful soaring female vocals (both as backing and lead), delicate piano and swathes of keyboards, rock guitar, strong melodies, great vocals, in fact all one would want from a Floyd-style band. To be honest, I enjoyed this far more than the original recording as by now the guys have the confidence of 20 years’ experience behind them and they are no longer a new band, but one who has toured and released plenty of their own material. In many ways, this is a great introduction to the early period of RPWL, while fans of Floyd can also get involved to see what all the fuss is about. It is wonderful to hear this album now sounding so much better than it did back in the day.